The fate of Captain Francesco Schettino of the doomed Costa Concordia cruise ship seems more and more certain with each new piece of evidence is released by the Italian prosecutors.

Cruise Ship Lawyers Blog has covered this incident from the beginning. At first, it was confirmed that Captain Schettino abandoned his ship before all cruise passengers were rescued and safe. Then, the investigators revealed that the Captain delayed the evacuation of the ship and caused the disappearance of more than three dozens of passengers.

The black box of the Costa Concordia was recovered not long after the tragedy took place and members of the public are now being shown what happened on the bridge of the ship as tragedy occurred.

Here is what was said on the bridge as the ship hit Le Scola point:

“Our ass is dragging along the seabed!” one officer yelled.

“What did we hit?” Captain Schettino asked.

“It was the salute that he wanted,” said a third officer.

Within the last six months, investigators and prosecutors have continuously led the public and the Italian Judges to believe that Captain Schettino wanted to do a “salute” and voluntarily sailed much closer to shore than he should have. The new audio recordings confirm their theory.

Moments later, Schettino placed a call to one of his superiors and is heard saying: “Roberto, I f’d up! Look, I’m dying here, don’t tell me anything.”

The National Post recently published a complete and detailed graphic of the route taken by Captain Schettino. The graphic is reproduced below and is available in a .pdf format here. 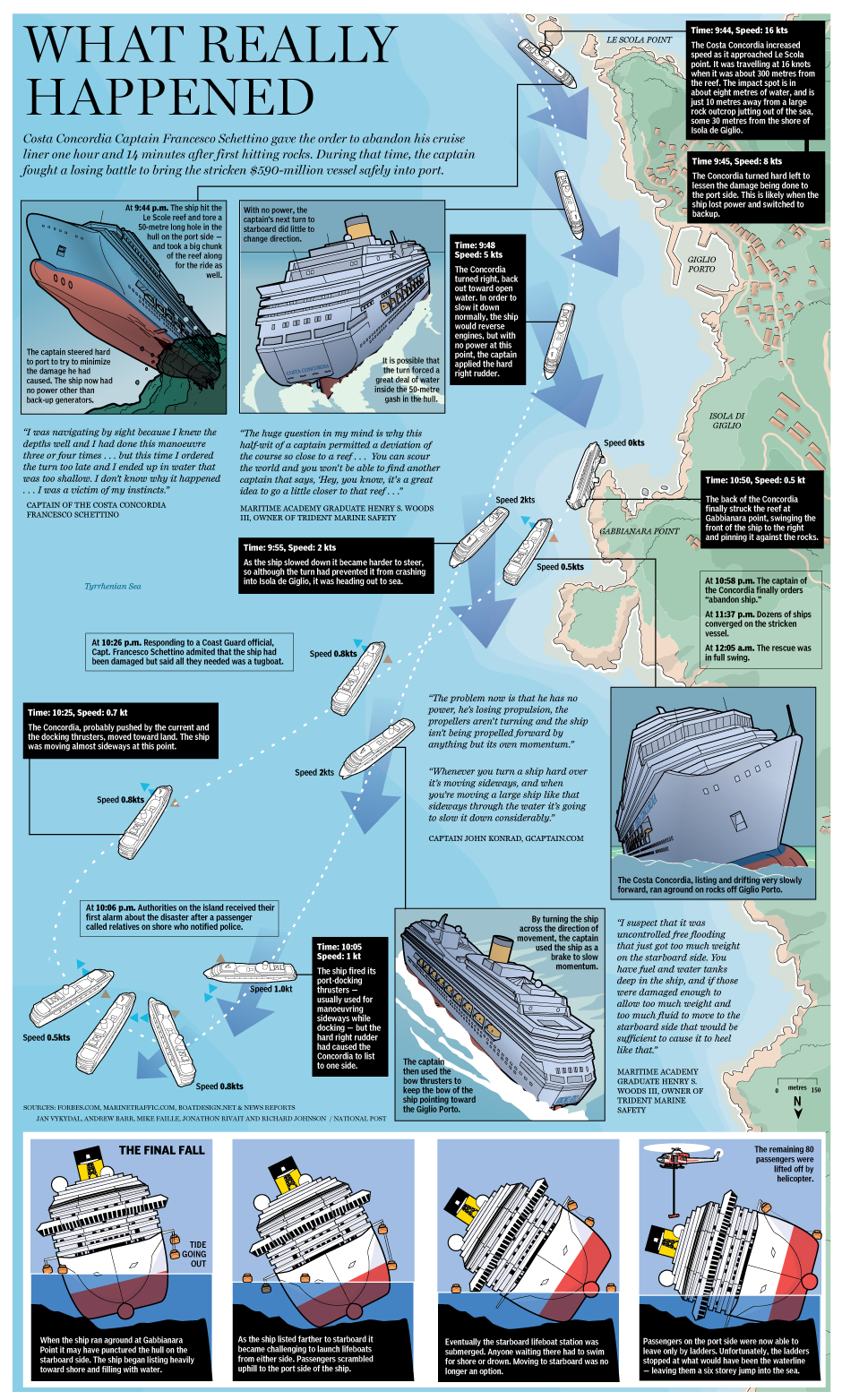