According to reports, half a dozen Princess Cruise passengers have died in a horrific mid-air collision incident. The tour – Misty Fjords National Monument by Seaplane (with Wilderness Landing) – was booked through Princess Cruises, either on board or on Princess Cruises’ website. 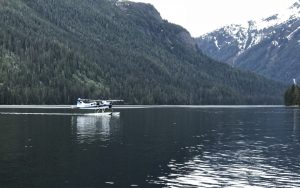 Photo from Taquan Air’s website – Taquan Air was involved in the mid-air collision over Alaska on May 13, 2019

The investigation into the circumstances and causes of the collision are already under way with teams from the Coast Guards, the FAA and the National Transportation Safety Board already on scene.

Lawsuits against Princess Cruises for personal injury, including wrongful death, must be filed within a year of the incident. As such, to preserve their rights as victims, passengers who survived the incident and families of fatally injured passengers will likely have to file lawsuits against the cruise line, the shore excursion operator, and the independent tour operator before the FAA concludes its investigation.

This is the 4th air-tour incident in Alaska involving cruise passengers in the last 8 years – an alarming number for what is known to be the safest mode of transportation. Questions of pilot error (strong suspicion) and mechanical failure of the aircrafts involved will be answered in the weeks and months to come.

More often than not, mid-air collisions are a result of one or both pilots violating FAA regulations. Since 1980, the rule of See and Avoid has been a rule of aviation. Its latest version is contained in FAA’s Advisory Circular 90-48D. The regulation identifies in painstaking details the many steps pilots must take to avoid mid-air collisions, Among them: Vigilant lookout; Attention and response to traffic movement; Refocusing eyes; Refocusing when switching views; Eye movements; Spotting threats; Physical obstructions.