Casey Dickerson, a 31-year-old married man, was on a Bahamas cruise with his wife. The large ship, Carnival Sensation, departed from Cape Canaveral last Thursday. Dickerson was arrested by the FBI at the end of the cruise on charges of raping a minor girl in his cabin.

During a very strange camera interview conducted in jail, the alleged rapist said “the cruise was great.” Apparently unaware of the seriousness of the alleged crime, he admitted that he bought alcohol for a group of underage teenagers and invited them to his room. That is where the alleged attack took place.

According to investigators, Dickerson was approached by a group of teenagers to buy them alcoholic drinks. On Carnival ships, the legal drinking age is 21. Dickerson apparently agreed and bought alcohol before inviting the group to party in his room. 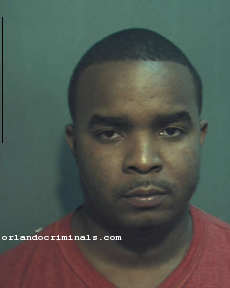 When asked what happened in the room, Dickerson replied: “I’d rather not say”. Pressed by the the reporter, he claimed not knowing the age of the people in the room with him, yet he denied raping the young girl. Shortly thereafter, the accused stopped the interview and returned to his cell where he is being held without bond.

Federal investigators have interviewed the young victim. She told them that they essentially partied in the room, but it turned horribly wrong when Dickerson essentially raped her in front of the group. She also said that when Dickerseon was done with her, he encouraged two other males to do the same, and the 15-year-old was gang-raped by two additional attackers, both allegedly minors.

Cruise companies have a responsibility to its passengers to provide a reasonably safe environment for its paying customers. When a sexual crime is committed on a cruise ship, cruise lines are often held responsible. When a crew-member rapes a passenger, the cruise is held to a strict liability standard. If a victim can prove that she was raped by a crew-member, the cruise line is automatically liable.

In cases where a sexual crime is committed by a passenger on another passenger, cruise lines are held to a negligence standard, and their civil liability is much more circumstantial and fact-based. In this latest alleged gang-rape, several questions will be asked of the cruise line.

Most importantly, how did Dickerson order alcoholic drinks to the group of underage teenagers? How many drinks were sold to Dickerson? Were the teenagers already known to crew-members for obtaining and drinking alcohol on the ship? Incidently, this week Carnival launched a new program called the “All you can drink” alcohol package. Royal Caribbean and Celebrity have put in place in 2011 and 2010, respectively, have had similar packages on most of their fleet.

In previous cases, cruise lines have been held liable in cases of passenger on passenger rapes for inadequate security, inadequate monitoring of minors drinking alcohol, for selling alcoholic beverages to minor passengers, or for failing to secure empty or unused rooms.

Click here to read more about instances of sexual crimes on cruise ships this year alone.