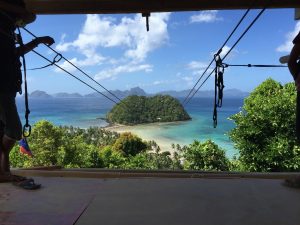 These unfortunate occurrences are not limited to zip lines, other unsafe shore excursions have been known to result in injuries to cruise passengers. Incidents of death and injury from drowning, diving in unmarked shallow water, boat wrecks, unsafe automobiles, ATV rollovers, horseback riding, and even snake bites have all been known to occur during cruise line shore excursions

Just last month the attorneys at Leesfield Scolaro filed a lawsuit on behalf of ten individuals who were badly injured during a “Unimog” shore excursion in Freeport, Bahamas, stemming from a rollover of a military troop transport vehicle transporting passengers without seat belts or safety features. Over the last twenty years we have developed a reputation as industry leaders in cruise line shore excursion litigation. We have handled complex shore excursion litigation involving fatal parasailing incidents, a fatal bus crash during a shore excursion, pedestrian auto collisions at foreign ports, and many unique matters that have occurred abroad during cruise vacations. We take great pride in consistently obtaining outstanding results for our clients who have suffered injuries while on their cruise vacation. The challenges of a shore excursion case require an attorney of the highest quality of skill and expertise to avoid jurisdictional and litigation pitfalls.