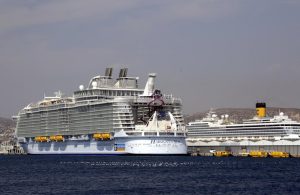 Crew members who are injured while on the ship have the right to sue their employer or co-workers for their injuries and damages. The main principle and foundation for the rights afforded to crew members and seamen is the fact that an employer has the responsibility and absolute duty to provide a safe working environment to its employees. It also means that safe and adequate equipment must be provided to workers in order to accomplish their daily tasks as safely as possible.

Unlike cruise ship passengers who only have 1 year to file a law suit against the cruise line, seamen have 3 years from the date of injury to file a lawsuit against their employer under the Jones Act. The spectrum of recovery encompasses pain and suffering, medical expenses, and lost earnings.

Under General maritime law, a shipowner has the recognized duty to provide and furnish a seaworthy ship, which reasonably fits the use of the vessel. Included in this doctrine is the nondeleguable duty to provide adequate safety equipment for the vessel. For example, if a piece of equipment fails, it is sufficient for a crew member to establish the unseaworthiness of ship. If a crew member assaults a fellow worker, the ship may be deemed unseaworthy because of a “defective” crew member.  If a dangerous condition aboard the vessel causes or contributes to injuring a worker, a claim against the shipowner for unseaworthiness can be pursued. Under this doctrine, the shipowner cannot claim it was unaware or lacked notice of the dangerous condition as a defense.