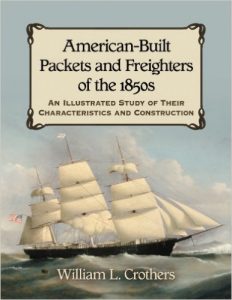 In the mid-nineteenth century, Congress passed the “Limitation Act” to induce capitalists to invest money in the maritime and shipping industries.  The Act achieves this purpose by exempting allegedly innocent vessel owners from any liability beyond the value of their vessel, i.e. “the limitation fund.”  In other words, where a vessel owner is not personally negligent, the full extent of his liability is the limitation fund.  The Act applies to all kinds of vessels, including commercial boats, pleasure yachts, and even jet skis.  Most commonly, the Limitation Act is invoked where a maritime accident is caused solely by the negligence of the vessel owner’s employee or agent.  When faced with liability, a vessel owner may file a petition for protection under the Limitation Act, which must be filed in federal court.

Without question, the Limitation Act is an antiquated doctrine that serves to deny justice to victims of horrific maritime accidents.  For instance, the owner of a large, successful maritime corporation (i.e. tow boat company, marine salvage company, jet ski rental company) may be entitled to significantly reduce the value of injury claims caused by their employees.  Additionally, injury victims are forced to bring their claims in admiralty jurisdiction upon the filing of a limitation petition, which deprives them of a jury trial.  As discussed below, there are exceptions to these harsh procedural hurdles that must be utilized in maritime injury cases.

A.  The Conflict between Limitation Act and Claimants’ right to Jury Trial

B.   Solutions to the Conflict

Federal courts have given effect to both the Limitation Act and the “saving to suitors” clause whenever possible by identifying circumstances under which the damage claimants should be allowed to try liability and damages issues in a forum of their own choosing.  The first solution arises where the limitation fund exceeds the aggregate amount of all the possible claims against the vessel owner.    Beiswenger Enters. Corp., 86 F.3d at 1037.  In such a case, the vessel owner is not exposed to liability in excess of the limitation fund, and thus the vessel owner’s rights under the Limitation Act are not implicated.  Therefore, if the vessel involved in the accident is a mega-yacht or cruise ship, simply stipulating that the limitation fund exceeds the value of the injuries will allow the claimant to bring his or her claim in state court before a jury.

Moreover, federal courts now allow multiple claimants to offer stipulations to preserve the vessel owner’s limitation action in exchange of a stay of all federal proceedings.  In Beiswenger Enters. Corp. v. Carletta, the 11th Circuit Court of Appeals instructed that the following stipulations must be filed in federal court in order to obtain a stay:

If the above stipulations are filed, there is no need for a concursus, and the federal court will stay the limitation action and allow the claims to proceed in state court.  These stipulations have been approved by every U.S. Circuit Court of Appeals; however, they are underutilized by plaintiffs’ lawyers who may be unfamiliar with the procedure.

The original purpose of the Limitation Act is largely obsolete.  Today, the primary function of the Act is injustice and limited remedies for the injured.  Vessel owners often steal the momentum in maritime injury cases by petitioning for limitation before the victim even obtains representation.  In any case where a vessel owner files a limitation petition, plaintiffs’ lawyers should immediately move to stay the proceedings by offering the stipulations discussed above.  This allows the plaintiff to shift the focus back to the allegations of negligence and pursue damages from a jury.  As a practical matter, this also forces the vessel owner to litigate the negligence claim to completion before ever having an opportunity to limit their liability under the Act.

Maritime law is a highly specialized area that requires experience and creativity in both federal and state courts.  It is crucial for victims of maritime accidents to retain lawyers with a history of litigating these issues successfully.