This latest event has prompted Senator John Rockefeller IV, Chairman of the U.S. Senate Committee on Commerce, Science & Transportation, to write a letter to Micky Arison, Chairman and CEO of Carnival Corp., and Carnival PLC. The letter can be downloaded here and is reproduced below: 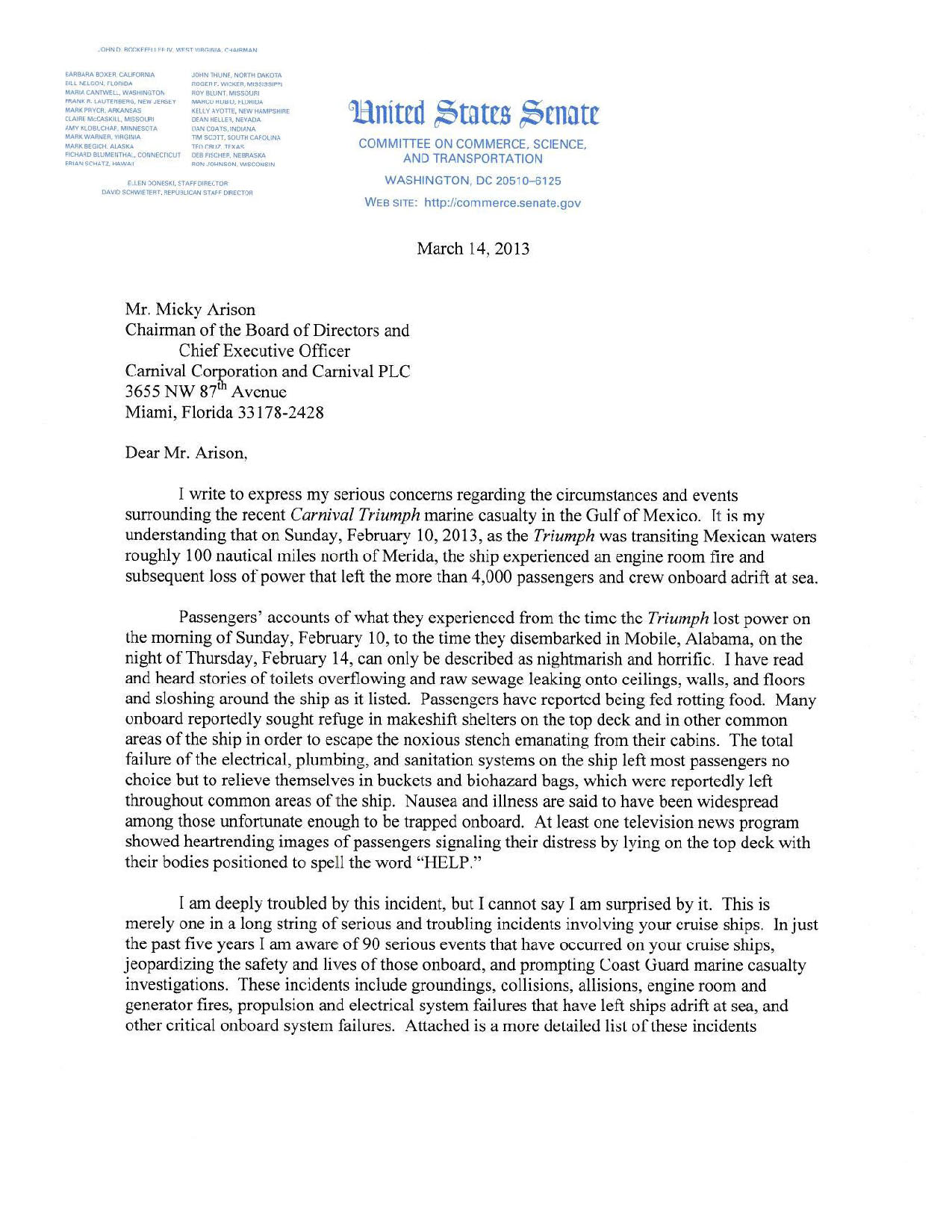 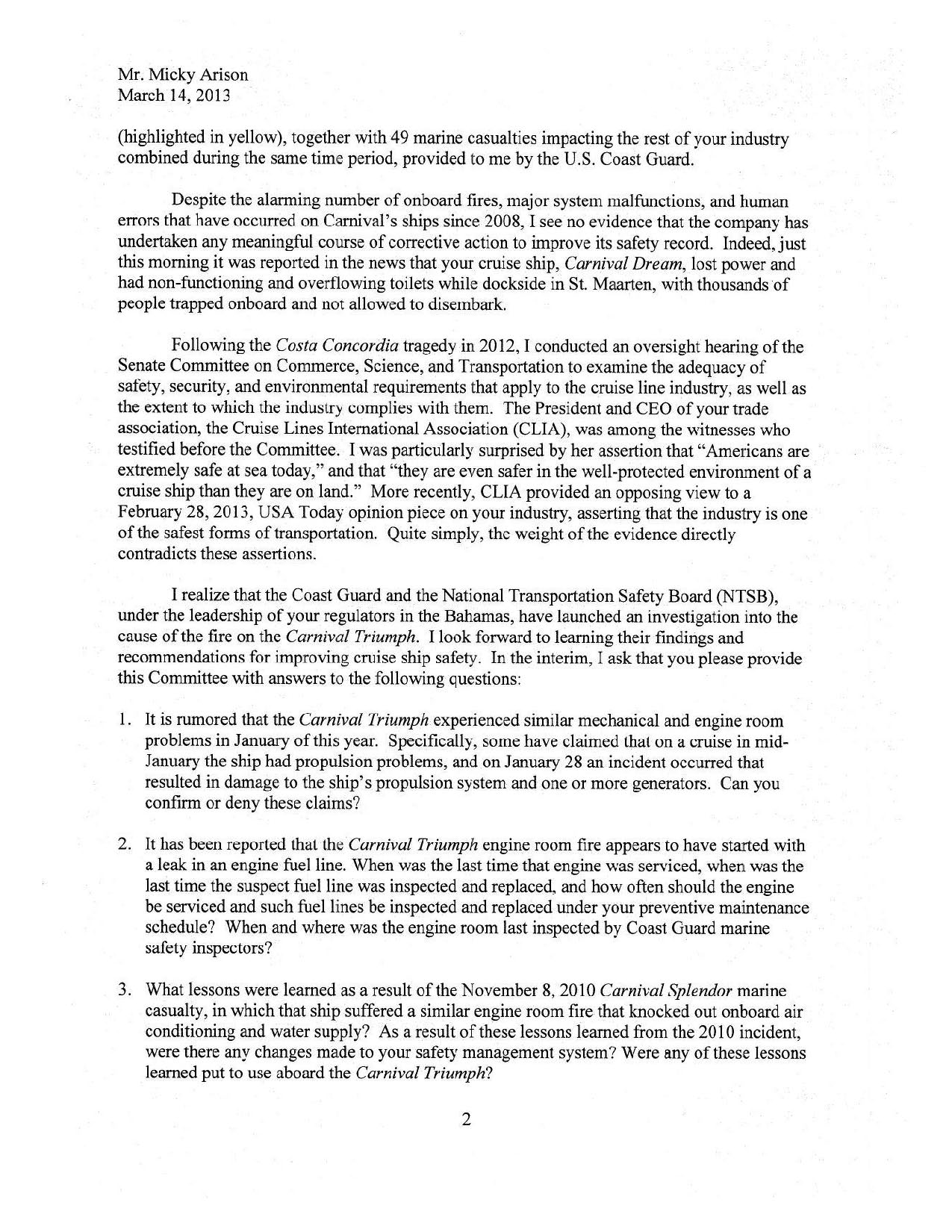 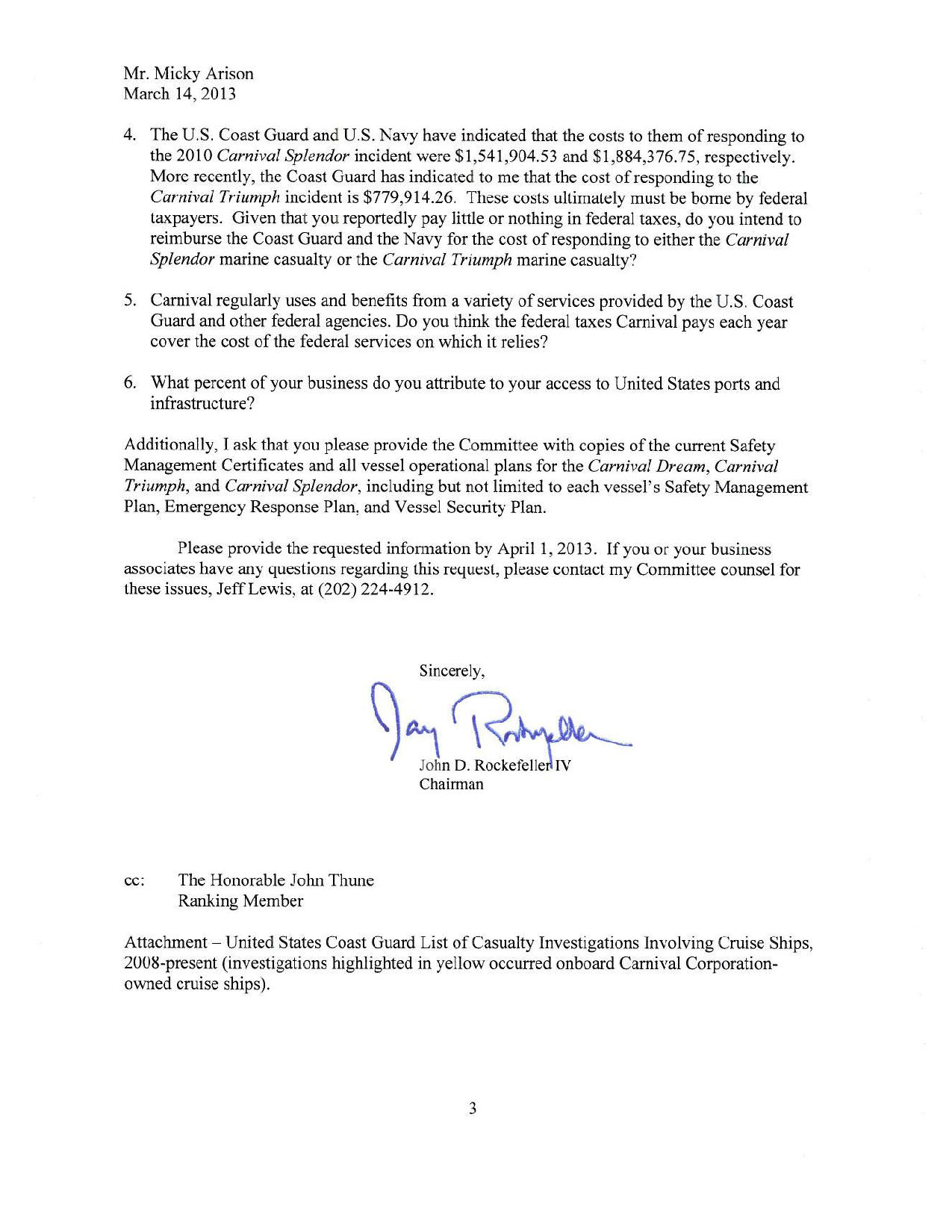 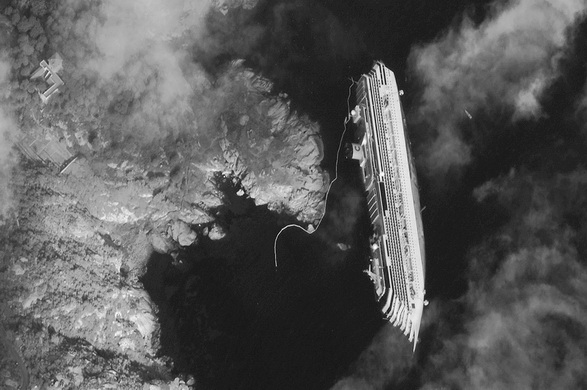 Captain Schettino remains under house arrest. He faces up to 15 years in jail if found guilty on charges of manslaughter and abandoning his ship.
END_OF_DOCUMENT_TOKEN_TO_BE_REPLACED