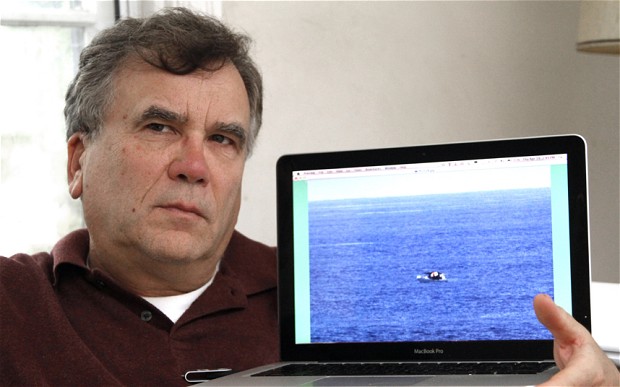 Approximately two weeks later, a commercial fishing vessel rescued the drifting fishing boat near the Galapagos Islands. On board, the rescuers found only one survivor, Adrian Vasquez, 18. The other occupants, Fernando Osorio, 16, and Elvis Diaz, died in the days following the sight of the cruise ship and their decomposed bodies were eventually placed overboard. 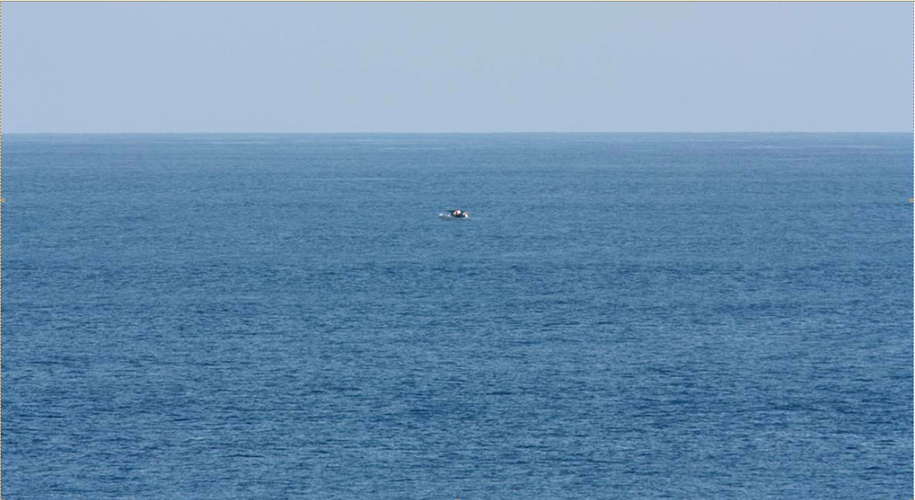 You can read Cruise Ship Lawyers Blog’s entire coverage of this case here, including a copy of the complaint available for download.

Yesterday, Princess Cruises issued a press release which disputes that the vessel in distress identified in the photograph above, and taken by passenger Jeff Gilligan, is the Fifty Cent, but rather another adrift vessel with the same blue awning and same three occupants. This latest attempt at trying this case in the media by Princess Cruises falls short, as stated below by Robert Peltz, attorney for the Osorio family:

“This is the ultimate desperation “Hail Mary” pass with no time on the clock from 90 yards out and not a very good attempt at that. Princess has paid a lot of money to a so-called expert to compare an out-of-focus grainy picture taken from several miles away with what Princess itself describes as a “computer stitched image” of the Fifty Cent adapted from a cell phone video taken off the boat when it was rescued at a different angle and different lighting conditions.

We have solid evidence that confirms that the picture shows the Fifty Cent. The picture also shows 3 men in the small boat, with one waiving a life jacket and the other a white shirt as reported by not only Adrian Vasquez, but also by the cruise ship’s passengers. Although the Fifty Cent is a small 26 foot fishing boat used for short overnight trips close to shore, Princess would have the public believe that there were two identical boats over 125 miles from shore, with 3 passengers waving for help in the same manner far beyond the distance these boats can fish.

The facts are simple and straight forward. The picture taken by passenger Jeff Gilligan shows the Fifty Cent and Adrian Vasquez, Fernando Osorio and Elvis Diaz frantically holding up a shirt and a life preserver trying to get the Princess cruise ship to rescue them. Princess can hire and pay “experts” as much as they want to give them a way out and it won’t work. A jury will decide this case and hold them accountable and make them take responsibility….because they obviously are incapable of that.”

While Princess represented to the public in a prior press release that “We all understand that it is our responsibility and also the law of the sea to provide assistance to any vessel in distress,” in the lawsuit filed by the families of the two deceased young men and the sole survivor out of the public view, Princess has represented to the court that while “its officers have a moral duty to render aid to vessels and persons at sea when they recognize [they are] . . . in distress” that it has “no legal duty” to do so. It seems that the latest press release is more of the same.

Princess’ latest press release seems all about avoiding responsibility for its actions and the public scorn that has arisen as a result. Instead of accepting responsibility, and ensuring that this does not happen again, Princess has paid “experts” to desperately find a way out to avoid accountability for the devastation to the families of the deceased young men and the sole survivor of his unimaginable ordeal. Princess is now assailing the credibility of the survivor and its own passengers who saw and reported the obviously stranded boat to the Princess crew member.