On November 15, 2021, Federal District Judge Kenneth A. Marra remanded an injured maritime crewmember’s case from the Southern District of Florida back to Florida’s Fifteenth Judicial Circuit court, granting Zan Lang’s motion to remand his Jones Act negligence claims. Leesfield Scolaro has the honor of representing the injured seaman in the case styled Zan Lang v. Allen Exploration and 6161 LLC, Case No.: 21-81813-CIV-MARRA.  The Jones Act case was originally filed in Florida State Court in West Palm Beach.  Shortly thereafter, the Defendants improperly removed the crewmember Jones Act case to federal court in the Southern District of Florida.  A motion to remand the Jones Act claims was filed, contesting Defendants’ removal of the case.

As alleged in the Complaint, Zan Lang was working as a crewmember onboard the M/Y Gigi and M/Y Axis, vessels owned and operated by Allen Exploration, during the time he was subjected to dangerous and unsafe conditions, overworked without the proper equipment, and caused to suffer serious injuries.  Allen Exploration, an American company, owns a fleet of vessels and operates a maritime treasure hunting operation.  As detailed in the Complaint, the U.S. home base for Allen Exploration is Rybovich Marina, located in West Palm Beach, Florida.  Crewmember Zan Lang worked for Allen Exploration for several months on land in West Palm Beach, Florida, before the underlying voyage began.  Despite the clear connection to Florida, Defendants attempted to remove the Jones Act action to federal court, claiming that Jamaican law should apply and the case should be dismissed.  Removal is the legal process of transferring a lawsuit filed in state court to the United States District Court.  To be entitled to removal Defendant must set forth a valid legal basis.  After removal a Plaintiff can seek to have the case transferred back to state court through a legal process known as remand.  Special rules and law for removal apply to maritime actions and crewmember Jones Act claims.

The order granting remand of Zan Lang’s Jones Act case flatly rejects Defendants legal arguments for removal and having the case heard in federal court, and establishes favorable law for crewmember plaintiffs who are hurt or injured and desire to bring a Jones Act claim against their maritime employer.  As a general legal matter, Jones Act claims cannot be removed to federal court.  Lewis v. Lewis & Clark, 531 U.S. 438, 455 (2001).  However, in Zan Lang’s case the defense attempted to argue that United States law should not apply to his claim, that he has no possibility of establishing a Jones Act claim on the merits, and the prohibition against removal of a Jones Act claim to federal court should therefore not apply.  The court also rejected the Defendants’ position that Zan Lang had an obligation to present affirmative evidence to establish the application of U.S. law at the remand stage, and rejected the application of a summary judgment style approach to resolution utilized in the federal Fifth Circuit, calling into question the holding in Lackey v. Atlantic Richfield Co., 990 F.2d 202 (5th Cir. 1993).  The court ruled that Zan Lang’s election to file his Jones Act lawsuit in West Palm Beach was legally proper, and that Defendants had failed to establish a legal basis to remove his Jones Act maritime negligence claim.

END_OF_DOCUMENT_TOKEN_TO_BE_REPLACED 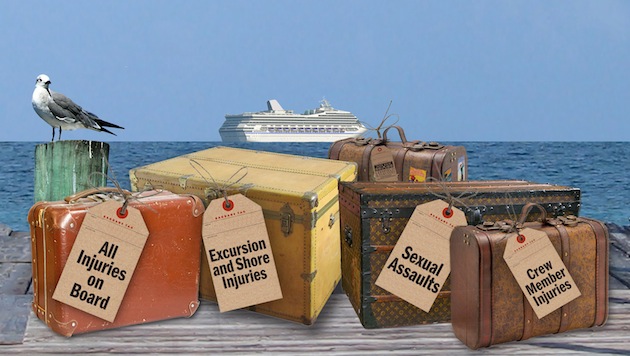 If you are an adult, how long do you have to file a lawsuit?

Your ticket contract is where you will find the answer. Typically, cruise line ticket contracts will disclaim that a lawsuit against them for an injury claim must be filed within one year from the date the incident occurred.